A Short History of Chenin Blanc

Understanding the history of Chenin Blanc is understanding the history of Cape wine and for prominent international critics it is nigh on South Africa’s signature white variety and symbolic of South Africa’s rising above its burden of history.
Chenin has also overcome one of its greatest attributes – versatility – to stand as one of the most internationally lauded South African varieties. Leading wine critics are comparing Chenin-based blends with white Burgundy which surely ranks as the best value for money – anywhere?
Although there is an accurate recording of when the first wine was made in the Cape – 2 February 1659 – there is less certainty surrounding the early varieties. However, we know that during that first century there were important contributions by Chenin, Semillon, Palamino, a few muscats and Pontac, which saw the beginnings of the Cape tradition of producing more whites than reds.
While they all waxed and waned, Chenin – while never as widely planted as Semillon (Groendruif) under British rule – remained a feature and was one of the grapes grown at Constantia in the eighteenth and nineteenth centuries. As recently as 1990, Chenin Blanc comprised more than 35% of plantings and currently comprises around 18% of plantings and over 30% of white-wine varieties.
Read more »
Posted by HGV at 02:00 No comments: 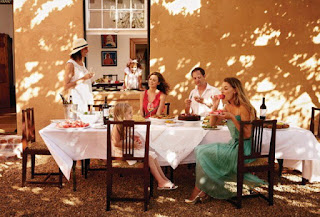 The inaugural “The Business of Wine and Food Tourism” Conference will be held in the heart of the Cape winelands, South Africa, in November of this year. The conference will be opened by Minister Derek Hanekom, and features a list of international and local experts who will share their knowledge on various aspects of regional food and wine travel. Minister Hanekom will also be presenting the first-ever national wine tourism strategy, as developed from the South African Wine Industry strategic exercise (WISE).

The conference marks the first time that industry players and government from national and provincial level will come together to discuss the promotion of South Africa as an international wine and food tourism destination.

“South Africa can become a key player in the food and wine tourism arena. Our wineries can already compete with the best in the world, and it is time that these gems are discovered by national and international visitors. We’re very excited by this venture”, said Siobhan Thompson, CEO of Wines of South Africa. 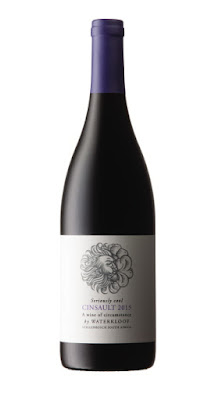 Red wines have got bigger and bigger in the last few decades to the point where one 'sukkels om dit in jou lyf te kry' * my legendary viticulture lecturer Vitis van der Westhuizen once said.

They often lack poise and finnesse, can have gloopy textures and finishing a glass, particularly without food, can be challenging. Not nearly so with Waterkloof's Seriously Cool Cinsault.

One of the most remarkable things about this wine is the sensuous texture at only 12,5% alcohol - that's easily 2% lower alcohol than so many modern reds without loss of intensity, weight or texture - it also means you can drink more of it but it's the sheer drinkability that's intoxicating.

On the nose expect plumbs and purple flowers, some spice,  meatiness and earthiness. The palate is juicy with lively acidity and elegant tannins in support of those delightful aromatics. It's also ridiculously good value for money - only R105 ex cellar.

* 'struggle to get it into your body' 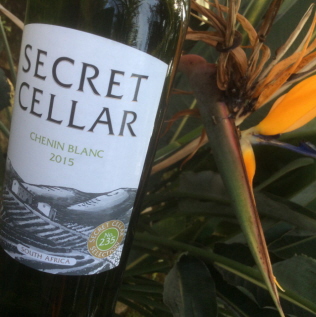