"I drink it when I'm happy and when I'm sad. Sometimes, I drink it when I'm alone. When I have company I consider it obligatory. I trifle with it if I'm not hungry and drink it if I am; otherwise I never touch it - unless I'm thirsty." Madame Bollinger, one of the Grande Dames of French champagne (1884-1977). 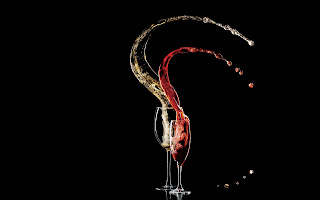 Exactly, why wait for special occasions to enjoy the most enthralling of beverages. And why care when only Champagne from Champagne can be called Champagne when we have our very own Méthode Champagnois in Cap Classique (MCC)?

If you go according to the price of Champagne alone, they are simply not that much better than ours and in fact some Champagne houses clearly exploit their protected provenance by overcharging for vin ordinaire. Of course great Champagne is non-parallel Monsieur.

Besides tasting the stars, there are a number of things that make MCC special. During sur lie (in-bottle maturation on spent yeast cells known as lees) charged ions accumulate, which then deliver aphrodisiac-like qualities when quaffed. Now if this makes you pucker up for a kiss but nobody (suitable) is within range, temptation will rise with the release of pheromones around the lips when you pucker up for a sip from a flute.

That giddy and glazed feeling is also amplified by how quickly the alcohol gets into your bloodstream because the CO2 (carbon dioxide) in the wine accelerates absorption - especially on an empty stomach. Be careful of who you’re standing next to at the office party and designate the driver early.

In the absence of somebody to kiss, you might just be tempted by some Sabrage. Make sure the bottle is well chilled in the fridge (7-8°C) as you also want the neck chilled (or once chilled in a bucket, give it a couple of minutes up side down).

Remove the foil to reveal the cork (bouchon) and wire basket (muselet). Carefully remove the muselet, leaving the bouchon intact. Next, find one of the two seams along the side of the bottle nearest the glass lip just below the mouth.

With your arm extended, hold the bottle firmly (seam up) by placing the thumb inside the punt at the base of the bottle with the neck about 30° from horizontal. Make sure no one is in your line of fire, then reach for your Saber.

Now, calmly lay the Saber flat along the seam of the bottle with the back edge (either side works as well) ready to slide firmly at the glass ring at the top. The movement does not have to be done with great speed or firmness as the snapping of the glass is aided by the internal pressure of the bottle, so that the cork and glass ring fly off with one stroke of the sword.

If your Saber is not at hand you can substitute with a larger chef’s knife or even a solid metal egg flip, some even use a teaspoon. The internal pressure also ensures that no glass falls into the bottle.  Congratulations you are now a Sabreur!

Some producers like Pongracz and Villiera also produce a 375ml MCC which might be a bit small for Sabrage but they can be handy for picnics, breakfast, brunch, lunch, sundowners, dinner and a nightcap. They also fit into handbags for the movies or theatre.

*Dosage – proprietary mix of grape concentrate, base wine, maybe even a touch of brandy, used to top up bubbly when they are disgorged (crown cap removed, sediment ejected and corked).
Posted by HGV at 02:11 No comments:

So you’ve got the Mini Cooper with the beefed up suspension, now you need a hit list – Signori Barbera, Sangiovese, Nebbiolo, Primitivo, capice? Italian wine varieties are putting out contracts in the Cape and it’s no surprise that Italian owners are making some of the best hits. 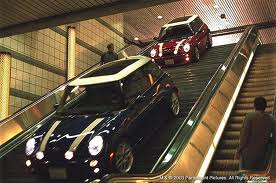 Take Morgenster for example, owner Giulio Bertrand made winemaker Henry Kotze an offer he could not refuse so he now makes such a delicious Sangiovese called Tosca you would think his life depended on it – it’s in the Super Tuscan* style with a touch of Cabernet Sauvignon and Cabernet Franc.

Constania winery Steenberg are among the SA pioneers of Nebbiolo, the grape behind Italy’s powerful Barolo wines, classically described as having tar (intensity) and roses on the nose after some bottle age. Steenberg’s style is more modern with sour cherry notes but with typical tannic, food-friendly structure.

Morgenster also do Nabucco, a Nebbiolo-based blend and a dry Sangiovese Rose with tangy cherry notes called Caruso in keeping with their operatic theme. These wines have a classic savoury edge which makes them easy to pair with nutrimento including the Rose with fare un picnic – Prizzi’s Honour style.

There is a growing school of thought in the Cape that – like in much of the old world – blending is the way to go. Hannibal, a Super Tuscan style from Bouchard Finlayson recently garnered a rare 5 star in the 2012 Platter wine guide for the 2010 vintage. This wine is Sangiovese-dominant but also has some Pinot Noir, Nebbiolo, Mourvedré, Barbera and Shiraz in the extended famiglia.

Nederburg have also gone the blend route with their Ingenuity Red which also managed a high five for their 07 vintage in the 2011 Platter guide. Here cellar master Razvan Macici has done a perfetto blend of Sangiovese, Barbera and Nebbiolo.

Alberto and Valerie Bottega own Da Capo vineyards on wind-swept Sir Lowry’s Pass where their Idiom Wines include Nebbiolo, Barbera, Sangiovese and Primitivo (Zinfandel).  These are modern in style, showing more opulenza and maturo with prices and packaging to match.
Durbanville producer Altydgedacht have been refining Piedmontese variety Barbera for some time now as the SA pioneer of the variety while boutique-sized newcomer Hofstraat received 4,5 stars from Platter for their ripe, black cherry style 2009 vintage.

Paarl cheese and wine producer Fairview – famous for their play on goats in their marketing campaign – produce the Goatfather, a blend of French varieties with Barbera, and Primitivo for a dark-toned, white pepper-nuanced experience. Share with those you trust says Signor Back.

If your preferred Italian flavour is organic, BEE, ethical and oxymoronic, lookout out for a Sangiovese from Tukulu, a venture between JSE-listed Distell, a Gauteng-based consortium of black entrepreneurs and the farm’s workers. This one is rustico with cherry and liquorice notes and also good with food.

If you are on the hunt for buon mercato look out for Merwida Barbera, Du Toitskloof Nebbiolo and Koelenhof Sangiovese as these represent particularly good value from former co-operatives.

There are not many to track down on the white front.  Pinot Grigio has risen to popularity in the UK and elsewhere.  Here Anthonij Rupert’s is bene noto but Durbanville’s De Grendel 2011 has more assetto. Nederburg 2011 is the highest rated Pinot Grigio in the 2012 Platter Guide followed by the 2010 Township Winery vintage from Dido.

Graham Knox is behind the Matriarch Project (working-class women from Philippi, Nyanga and Gugulethu) who, with business activist Kate Jambela, British groups Virgin Wines and Wine Fusion, created the Township Winery in Philippi.

Ripasso is a wine making technique used by the Italians to enrich musts where young wines are fermented on the post-ferment skins of dried grape styles like Amarone. Franschhoek’s Chamonix has used this technique to great effect on their Pinotage to produce a rich yet accessible style.

*When Tuscans first started blending international with indigenous varieties they fell foul of Italian bureaucracy which saw these top quality wines fall into the ordinary vino da tavalo classification and became known as Super Tuscans
Posted by HGV at 02:58 No comments: