Bubbles Ferreira has pulled off another Cap Classique coup with the unveiling this week of Graham Beck Brut Zero (zero dosage), the low-cal version for size zero models - and seasoned wine drinkers who find technically dry wines increasingly sweet. While I am not a fan of the word because you can't taste minerals in wine, this wine does display what is generally termed as minerality (maybe think stone/fruit pips) and a delicious nutty/fino sherry like savouriness to arrive at an umami tsunami bubbly. 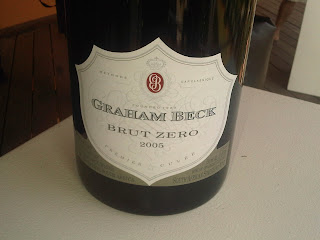 This wine has only 2, 4g/lt of sugar balanced by only 5,5g/lt of acid - lower than found in its fully-dressed siblings. Alcohol calories also low at 12%. There is no sugar to paper over cracks - not that there were any - and the bubbles amplify the wine's attributes four-fold, so viticulture and winemaking has to be expert and precise. 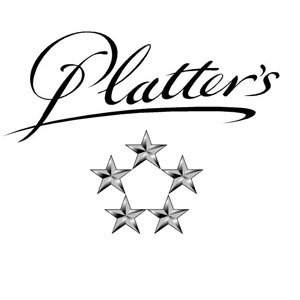 Ammo for cork dork combat
1. One similarity with Veritas is the increase in awards for reds, but only one 5 star for KWV who stole the Veritas show with single biggest haul ever by a winery and last got a Platter fiver in 1986!
2. Does Vinimark own John Platter or visa versa?
3. Boekenhoutskloof, Mullineux Family Wines and Nederburg each got 3 x 5 stars.
4. Newton Johnson’s Domaine Pinot Noir 2010 is the third consecutive vintage to rate 5 Stars.
5. Some will be cheering that no Pinotage pulled off the high five.
6. Fleur du Cap Noble Late Harvest 2010 is the fifth consecutive year to rate 5 stars.
7. Three wines do the double of 5 Stars in Platter’s and double gold at Veritas 2011, Graham Beck Chalkboard #3 Cabernet Sauvignon 2007 Nederburg Eminence 2010 and Strandveld Sauvignon Blanc 2010.
8.Spier, triumphant at Old Mutual Trophy Wine Show could not muster a high five here.
9. At a total of 45 x 5 stars its 13 less than 2011 off 10 less nominations.
10.Grenache Blanc, this time KWV, gets another high five.
11.Like Veritas, Chard under-performed - only 2 x 5 stars and one is a CWG reserve from Jordan
12. Usual suspects missing - Kanonkop, Vergelegen, Cape Point, Hamilton Russel, Le Riche, Woolworths, De Trafford, Paul Cluver, Chamonix.
13.  Plenty of first-time five star recipients, including Badsberg Wine Cellar, Colmant Cap Classique & Champagne, Diemersfontein Wines, Glenelly Cellars, Miles Mossop Wines, Mont Destin and Oak Valley Wines, lets hope the latter's Sauvignon Blanc gets one soon.
14. Established producers returning to five-star form after a gap of several years are La Motte, which last bagged the maximum rating in the 1995 edition.
15.The best-performing category is Red Blends, with seven wines getting a fiver
16.Sauvignon Blanc and Shiraz got 5 x 5 stars each but only 3 double golds for Sauv Blanc and 2 for Shiraz at Veritas (of course not everybody enters both).
17. Nederburg Ingenuity White 2010 is the fourth consecutive vintage to get high five.
18. Graham Becks other high five is for Pheasants Run Sauv Blanc 2011, Gold at Veritas.

19. Fable Jackal Bird, formerly Tulbagh Mountain Vineyards, now owned by ex-Screaming Eagle MD, Charles Banks. Is this the most imperious bird to be found in Tulbagh?
20. Can Richard Rowe and his young team ever make KWV sexy?

Veritas - it was the KWV show

Veritas 2011 was dominated by KWV with 5 double golds and 9 golds - can chief winemaker Richard Rowe make KWV sexy? It would be the makeover of the century and he may just pull it off with his young team. No other cellar has won so many golds in a single year.

Strong showing of Cabernets among the golds - 5 Double Golds and 12 Golds. Muratie the only Pinot Noir to get any gold and De Grendel 2011 the only Rosé; four colombars good enough for gold!; Buitenverwachting DG for (wooded) Gewürztraminer 2010; chufffed with DG Delaire 2010 Chenin Blanc (which I helped make); Anura 08 reserve the only DG Merlot; Only one DG for Chard for Fleur du Cap unfiltered 2010. Surprise package in Shiraz category - Rickety Bridge 09 got DG, Hidden Valley Land's End 08 the only other DG.

Good to see one of my long-standing favourites Uitkyk get DG for 01 Cab Sauv in museum class.

Records tumbled at the 27th Nedbank Cape Winemakers Guild auction held in the Stellenbosch winelands over the weekend, with a record turnover of R5 286 700, a new record price for red wine and overseas sales doubling.

The highest price per case, a new Auction record of R6 000, was paid by a Belgian buyer for the Boekenhoutskloof Syrah Auction Reserve 2009.

"We got the balance right between the ratio of white and the red wines on offer this year and the great diversity of wines ensured keen bidding and interest from the floor right until the end. There was something for everyone with good value on offer as buyers snatched up wines at competitive prices on the one hand, with the more sought-after collector's items fetching exceptionally good prices on the other," said Louis Strydom, Chairman of the Cape Winemakers Guild.

The auction, conducted by Henré Hablutzel of Hofmeyr Mills Auctioneers for the 14th consecutive year, attracted 122 buyers this year including 19 from overseas with a total of 2 955 cases sold at an average price of R1 789 per case equivalent of 6 X 750ml bottles. The lineup of 56 wines included 38 red wines, 13 white wines, 2 Méthode Cap Classiques, a dessert wine, a port and a potstill brandy.

Alan Pick of The Butcher Shop and Grill triumphed for the 10th consecutive year as the biggest spender at R1,3 million. The bulk of the wines, over 70%, was bought by local buyers with a record R1,5 million spent by overseas bidders headed by the United Kingdom with R586 400 this year. Overseas bids came from the United Kingdom, Belgium, Denmark, Germany, Namibia, Czech Republic, Hong Kong, Netherlands and Canada.

Amongst the white wines, top selling wines were the Jordan Chardonnay Auction Reserve 2010 with an average price per case of R2 285, Paul Cluver The Wagon Trail Chardonnay 2009 at R2 100, the Cape Point Vineyards Barrel Fermented Sauvignon Blanc 2010 at R1 822.

In addition to the main auction, a total of R132 600 was raised on the day in aid of the Cape Winemaker's Guild Protégé Programme, a mentorship initiative for young, upcoming winemakers. Every year a very special charity item is auctioned off to raise funds. This year's item, a one-of-a-kind 18-litre 2009 Cape Winemakers Guild Auction Reserve comprising a blend of top wines from members of the Guild, was purchased by Zdenek Lang of the Czech Republic for R25 000. This was the third consecutive year that the charity item was bought by Lang, who has donated it back to the Guild for resale at the 2012 charity auction.