The South African government is considering legalising the dilution of wine grape must. However, closer scrutiny – particularly of EU laws - suggests it's not at all as outrageous as it first seems.

South Africa once had so much crayfish (or the prices were so good) the government agreed with France to recognise their geographical indications – one of the first new world countries to do so – and drop the use of ‘semi-generic’ terms like Champagne and Burgundy in exchange for entering their crayfish market in what became known as the crayfish agreement.

Eighty years later in the European Union era, the UK Wine and Spirit Trade Association (WSTA) is having a hissy because our government is considering legalising diluting grape must with water which is not permitted under EU and Paris-based OIV (International Organisation of Vine and Wine) rules.

UK consumer magazine Decanter recently reported on WSTA’s concerns but both, either through ignorance or agenda it seems, failed to mention that the EU permits must concentration of up to 20% - but at least mentioned that alcohol volumes may be increased by chaptalisation (adding sugar) by up to 2% (or even 3.5% in some regions- did not mention). Producers must, however, choose one or the other even if they know über critic R Parker Jnr is coming to town. More to the point - they have considerable legal means to manipulate alcohol.
Now, pray tell what is the difference between concentrating and diluting a must? Not much for this writer and a whole lot easier especially if you have water fit for the purpose. John Corbet-Milward, WSTA’s Head of Technical and International Affairs replied as follows:

‘Without having the legal base for your comments to hand, it is difficult for me to respond in detail. However, this Association has always taken a liberal view in attempting to encourage at EU Commission level the use of new technologies and winemaking techniques for the production of wines aimed at satisfying consumer demands whilst at the same time preserving quality.

The EU wine regime aims to establish a level playing field for trade in wine within the Community. To a large extent, it is outward looking, hence its commitment to international oenological standards and to the evolution of bilateral agreements with third countries such as South Africa. The difficulties we had during the recent wine reform were largely political, but I believe that we are making some progress!

The WSTA (supported by the UK government) will continue to push for the free movement of wine within a globally regulated environment, and it is seeking definitive answers from regulators on the production of reduced alcohol wine, and on its movement from third countries into the EU.’

Without saying too much John (btw ‘third’ countries is a UK term for those outside the EU) touches on a very important subject – satisfying consumer demands which currently includes considerable pent-up demand for lower alcohol wine.

One way to achieve this is through reverse osmosis or cross flow filtration which is micro - but very high pressure – filtration. Wines are essentially deconstructed and then re-assembled. (See saignee, spinning cones and terroirists post). This is permitted on both sides of the equator. I know which method I prefer for my alcohol- free day (AFD).

The WSTA’s head of communications, Gavin Partington told Decanter.com: 'International regulations governing wine production and trade do not allow the sale of wine within the EU made using grape must which has been diluted with water. This position is unlikely to change.'

Is there really a moral or ethical case here? And I think it will change because it’s not about increasing volumes, it’s about balance and restraint. Besides Californian wines from diluted musts are already imported into the EU.

The problem – as Aussie winemaker Geoff Merrill says – ‘is that nature does not always do as it’s told’. So OIV and regional wine authorities permit for example addition of sugar in many EU countries but not the addition of acid whereas in many new world warmer countries including SA it’s the opposite – all a result of the vines physiological response to climate.

In warmer vintages, EU countries can apply for ‘derogations’ a posh word for ‘hey it’s a bloody hot vintage we are going to add some acid, ok’ However, warmer regions like the south of France can already add up to 2,5g/L and with the reality of global warming I suspect this will soon become universal after 2008 euro laws allowed wider acidification. The hottest 10 years have all been in the last 13.

The Californian argument was that it’s a long established practice – some wine makers call adding Jesus units - and it was also part of a larger deal to limit the use in the US of ‘semi-generic’ terms like Burgundy, Chablis, Champagne - their crayfish agreement.

Links
For winemaker-led tours of the Cape 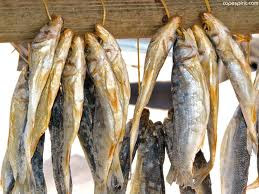