So you don't like NASA superfood-endorsed raw Brocolli - nor coffee, dark choclate, or grapefruit juice? You could be a supertaster.*   But don't fret if you are not as George dubya Bush (he doesnt like Brocolli) probaly was and who would want to join that group? Nor - it seems - is there one version of delicious.

About 25% of the population are supertasters with a much higher density of tastebuds but much of wine assessement is via the nose where you also find supersniffers (although this not always to your benefit either). If you love food more than most  you may be a superstaster. Around 25% are non-tasters and the rest are somewhere in between - lets call it the muffin curve. 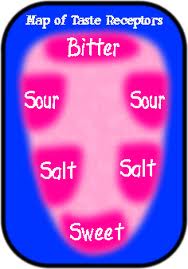 Supertasters are more sensitive to bitter tastes and fattiness in food, often disliking such food. But everybody - even some vegeterians - loves a braai tjoppie. Supertasters tend to find highly fatty and sugary foods less palatable than non-tasters so tend to weigh less and have a lower risk of cardiovascular disease.

The degree to which you experience wine’s bitterness, astringency and acidity is correlated with your taster status. Non-tasters have significantly lower intensity ratings for the bitterness, astringency and acidity of red wines than do tasters and supertasters. Maybe these researchers can also work out why some people look like their mothers never stopped dressing them?


How about a resturant that tests reactions to an amuse-bouche before each meal and adjusting the dishes that follow to maximise customer satisfaction?  "If a quarter of the population have a strong reaction to some tastes and another quarter have no reaction, it makes no sense for everyone to be given the same dish. There's the potential to go out to dinner and leave not just having had a good meal, but knowing far more about your own taste." says Charles Spence, of Oxford University's Department of Experimental Psychology.

"Most people know of the link between smell and taste, but we've found taste is far more multisensory, including sight. If you put red colouring in white wine, for example, even wine experts perceive the flavour differently. In fact, the more expert they are, the more they are fooled. They drink the white wine and talk about the buttery, straw-like flavours and when you give them the same wine with red food colouring, they describe the tobacco and chocolate-like flavours."says Spence

Then there's hearing. Heston Blumenthal's famous "sounds of the sea" dish (where diners eat a fish pie while listening to the seaside through an iPod) served at the Fat Duck in Bray, came about from collaborative experiments with Spence. "What you hear at the time of eating can hugely alter your perception of what you taste," he says, adding that experiments have shown that foods like carrots begin to taste unpleasant if you take the crunchy sound away.

While its more common knowledge that hormones can affect perception of taste (pregnant women and food cravings) mood can have an impact too, says Lucy Donaldson, a senior lecturer in physiology and pharmacology at the University of Bristol. "Anxiety and depression can make things taste of cardboard. That's not just the effect of the anxiety not allowing you to concentrate on eating. The brain actually activates what happens on the tongue," she says.

Julie Mennella of Philadelphia's Monell Chemical Senses Centre gave expectant mothers either carrot juice or tomato juice during their pregnancy, and tested the infants' preferences after birth. The babies whose mother drank tomato juice didn't like the carrot juice and vice versa, showing that taste preferences develop in the womb. "At birth, the baby will already 'know' what people in his or her culture eat, and have a preference for these foods," says Virginia Utermohlen, associate professor at the Division of Nutritional Sciences at Cornell University, New York.

Utermohlen believes you can become conditioned to foods after birth. "In our culture, for instance, we are conditioned to view bugs as 'dirty' and not food, but in other cultures bugs are eaten happily. You can also be aversively conditioned to a given food if you get sick after eating it, whether it was the food that made you sick or not. I became – and still am – disgusted by a certain kind of tomato sauce with parmesan cheese that I once liked, because I was very sick after, though due to something different."

However, we become less sensitive - on average - as we get older, says Utermohlen. "In particular, the transition from childhood to adolescence increases the ability to tolerate food. Similarly, as we get past 40 there is a decline in taste and smell sensitivity, which may allow tolerance of more foods. Maybe we need new legislation prohibiting wine judges above a certain age? However, the decline doesn't occur at the same pace for everyone. In one study, chefs on average showed less decline than others so maybe winemakers and wine judges are safe for now.

Neil Martin, director of the Human Olfaction Laboratory at Middlesex University, believes you can retrain your taste. "If you like sugar in tea or coffee and you eliminate the sugar immediately, you'll find it horrid. But if you do it over a period of weeks – say, by a quarter of a teaspoon a week, by the end you will probably find the amount you originally had far too sweet. It never ceases to surprise people."

Geek Philosophy
There are three main ways to test if one is a super taster – count taste buds or consume two products.

Supertasters have more fungiform papillae type taste buds, which makes them a little more sensitive when tasting. These taste buds can be counted by swabbing your tongue with a cotton ball with blue food coloring. The fungiform papillae will not turn blue, but instead remain pink. From there, take a piece of paper with a hole cut out of it and count how many pink spots you see in that hole. Supertasters will have more than 30 papillae in that area. BBC Science and Nature shows a good example of this demonstration.

Another easy test to conduct is a Saccharin Test. Take one packet of saccharin (artificial sweetner) and combine it with two-thirds of a cup of water, and then taste it. For some, there will be a dominate sweet taste, indicating that they are an undertaster, while others will notice a dominate bitter taste, indicating they are a supertaster. Those who find balance between sweet and bitter are regular tasters.


The easiest but least home-friendly test is to get some propylthiouracil (PROP), a prescription-only thyroid medication drug. In this test, widely used by taste researchers, people are made to taste PROP and if they find it repulsively bitter, they're deemed a supertaster (or undertasters if tasteless).

Superdrinker - easy, keep your empties for a week and see if you can count them on one hand when you sober.

* 1st coined by Psychologist Linda Bartoshuk and her colleagues in the 1990s. In their research, they noticed that some people seemed to have a much higher taste response than others. But don't be fooled by the label. We're not talking about a superior palate . Far from it, Bartoshuk found that supertasters – which make up around 25 per cent of the population – carry a double copy of a gene which makes them super-sensitive to bitter tastes.